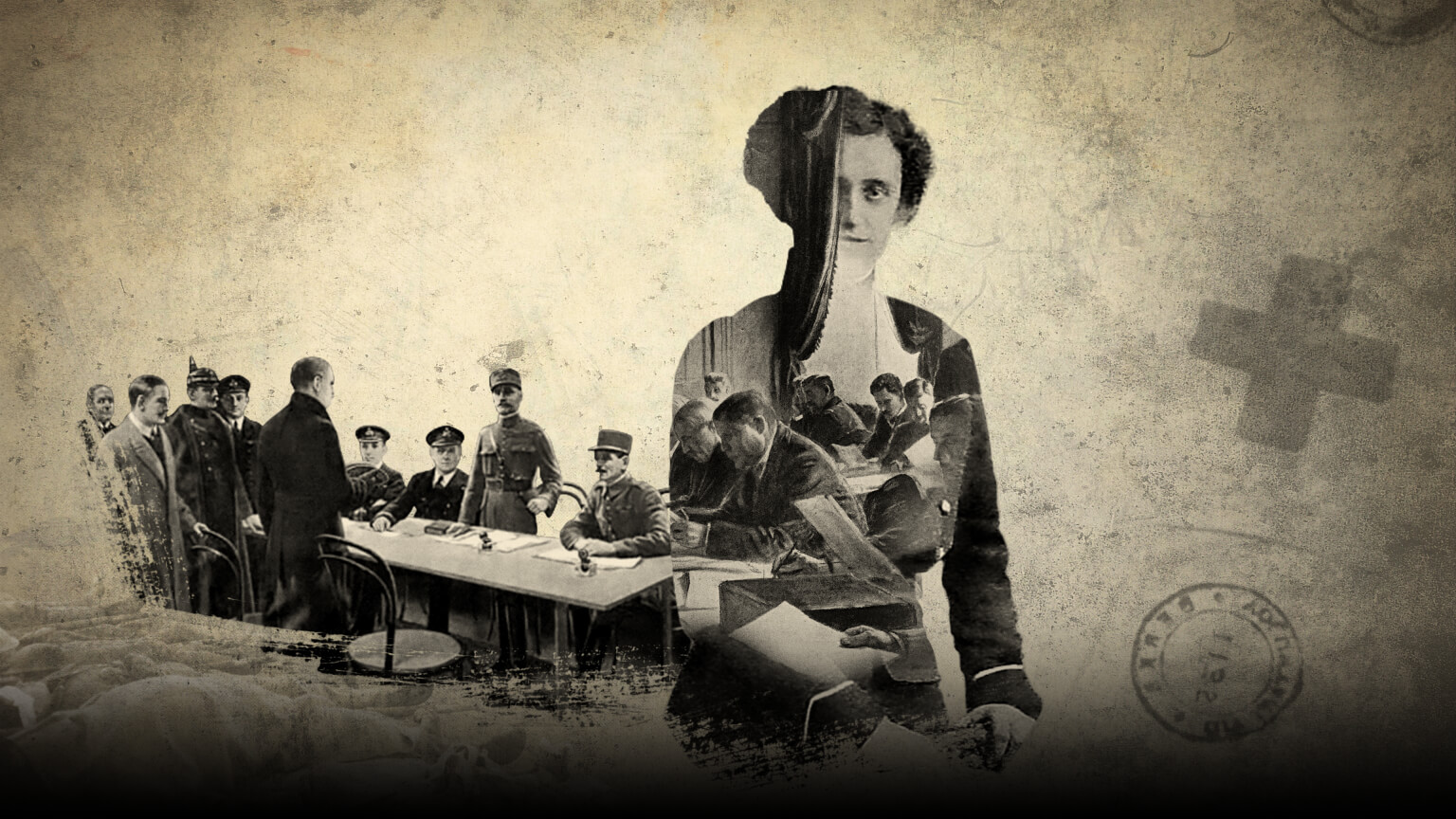 Return home after the war with Dorothy

“What is that blast of cannon fire? Oh! It's 11 o'clock… I can't believe it… Is it true? Is the war really over? That's why the patients are so delirious with joy. They're crying and singing… one is even dancing! Peace. Finally peace. Thank you God. Soon I will be going home.”

Learn more about
Armistice and the Treaty of Versailles

Armistice and the Treaty of Versailles

The Armistice, which put an end to the conflict, was signed on the 11th of November 1918. But the peace treaty, the Treaty of Versailles, between Germany and the Allied Forces (including Canada and Newfoundland) took many more months of negotiations. The treaty stipulated that Germany give up certain territories, admit that they started the war, disarm themselves and pay for restitution and rebuilding to the Allies. Some thought the terms were too severe, others thought they were too lenient… no one was really satisfied. One way or another, this unsatisfactory closure to the war certainly played a part in events leading to the Second World War.

“I see icebergs and the Narrows, it's Newfoundland. How I missed those Narrows ! I'm finally home. What's that noise? A bomb? No, it's just the wind. I have to learn to relax. It's over. Will there be a day when I stop thinking of the war? When I close my eyes, it all comes back: the blown up faces, the blood, the cries of the wounded. It has to stop… I'm home now. Dad, the little ones and Eleanor… Oh! I can't wait to see her wedding ring.”

At least two Newfoundland volunteers with the VAD died during the conflict from illnesses received overseas. Forty-five Canadian military nurses lost their lives during hospital bombings, from illnesses or while serving aboard a naval hospital boat which sank when hit by a German torpedo.

For those who survived, the return home and to normal life was not always easy. Many suffered from post-traumatic stress: anxiety, insomnia, aggressive behaviour and feelings, nervousness, nightmares and hallucinations of traumatic events they witnessed, etc. The intensity of the symptoms varied depending on the person. According to one study, only 50 to 66% of those traumatized recovered within the first year of returning home. For the others, it took a longer period of time.

“Coming home has been difficult. Over there I drove an ambulance and did all sorts of things that needed to be done. But not here. Not for women. I'm walking the streets of St. John's, asking people to sign a petition demanding the vote for women. We haven't won the vote yet, but Fannie McNeil says it's just a matter of time. With a little patience we will conquer every obstacle in our way.”

Learn more about
The Suffragettes

The work of the Women's Patriotic Association during the war revealed the importance and capability of women in keeping the social and economic fabric of society running smoothly. This realization was a strong argument in favour of giving women the right to vote. Upon returning home, many members of the VAD got involved in this cause and became suffragettes, creating the Women's Franchise League in 1920. Women got the right to vote in 1925.