Story of the day 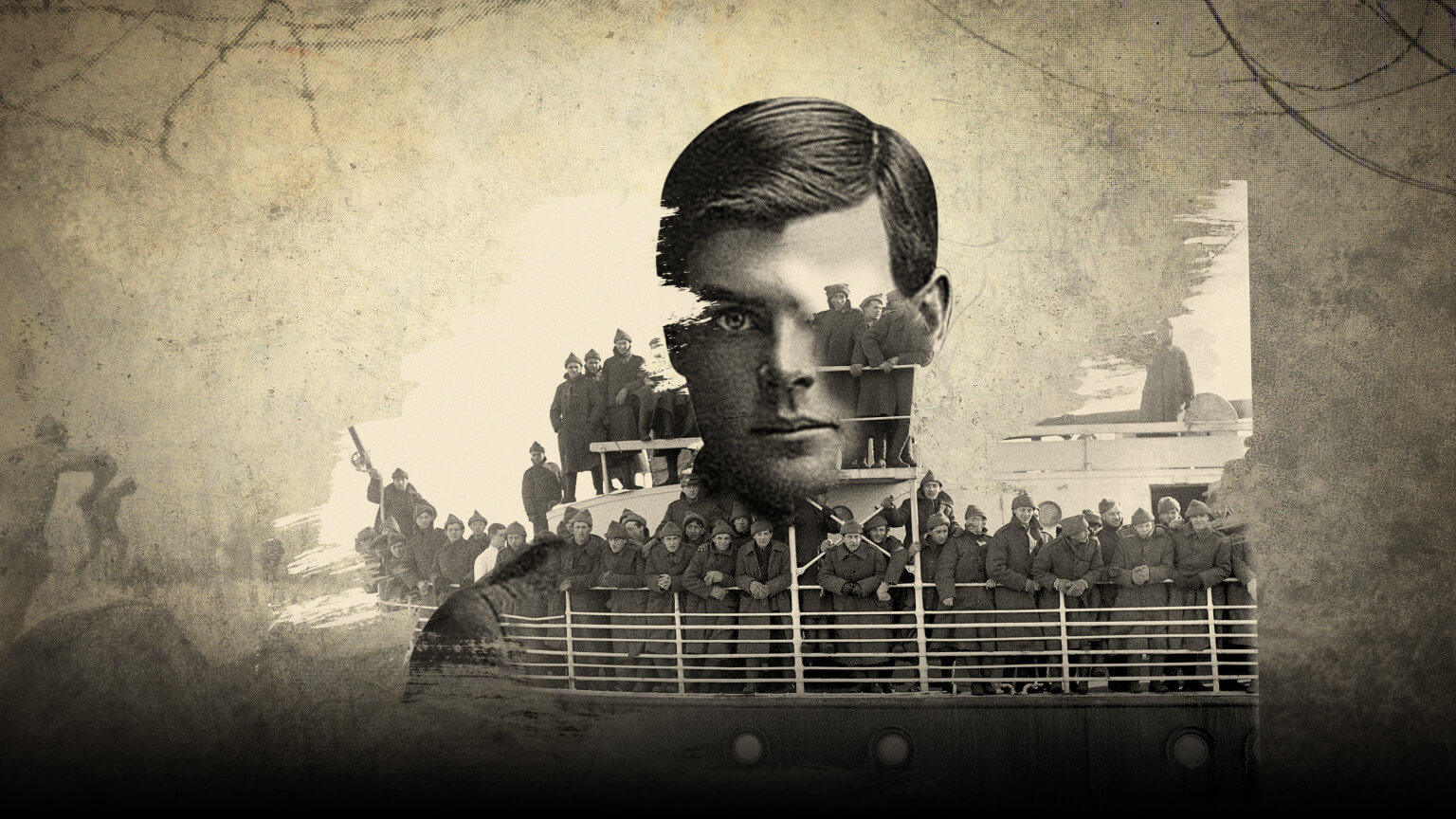 Cross the Atlantic and discover the motherland with James

“It's really happening! We've finally left the harbour. I think the entire city came to the waterfront to send us off. Mother and Father were there and so was Marjorie. It's so exciting. I feel like a real hero! I don't want to go into my cabin. I'll stay here and savour the moment… especially since below deck stinks of dead seals and fish. It makes me sea sick. The journey to Britain is going to be a very long one.”

Learn more about
The Florizel

The SS Florizel was a passenger ship built to brave the icy waters around Newfoundland, and used in sealing expeditions in the spring. In October of 1914, The First 500 sailed over on the Florizel, joining 32 Canadian boats, escorted by seven warships. Altogether this convoy carried 537 Newfoundland troops, 32,318 Canadian troops and 6,816 horses. The fleet took 10 days to arrive in Plymouth on the shores of Great Britain.

“Good Lord! When we arrived they welcomed us with a Canadian march. Don't they know the difference between us and the Canadians? We're Newfoundlanders fighting for the British Crown, not Canadians! Our puttees aren't even the same colour. Are they blind? Why do they think we're called the Blue Puttees?”

Learn more about
The Blue Puttees

The First 500 are nicknamed the Blue Puttees upon their arrival in Great Britain, because their puttees are blue instead of the usual khaki. Once overseas, the traditional khaki puttees quickly replace the homemade ones. In 1914, Newfoundland is not yet part of Canada. It is still a self-governing British colony with a population of only 240,000, compared to the 8 million Canadians living next door.

“I've met a girl! She is the most beautiful Scottish “lass” I've ever seen! I want to marry her and her parents have agreed. Yesterday, after curfew, I managed to escape the camp and meet her. I asked for her hand in marriage. I just couldn't wait for the next time I had permission to leave camp. I slid down the gutter into the street, and fell right into a guard. Luckily, he was also a Newfoundlander and let me pass. We have to help each other in war time. After all, we will soon be fighting together at the front.”

In February 1915, four months after arriving in England, the Newfoundlanders are assigned to guard duty at Edinburgh castle. They are the only non-Scottish regiment to receive such an honour. As more Newfoundland recruits arrive in Britain, they join them until the regiment is 1,500 men strong, enough to form a full battalion. Training is still intense but more and more boring. Soldiers look for distractions. Some fall in love with Scottish women and get married before going to the front.

Marjorie
Volunteer as a VAD