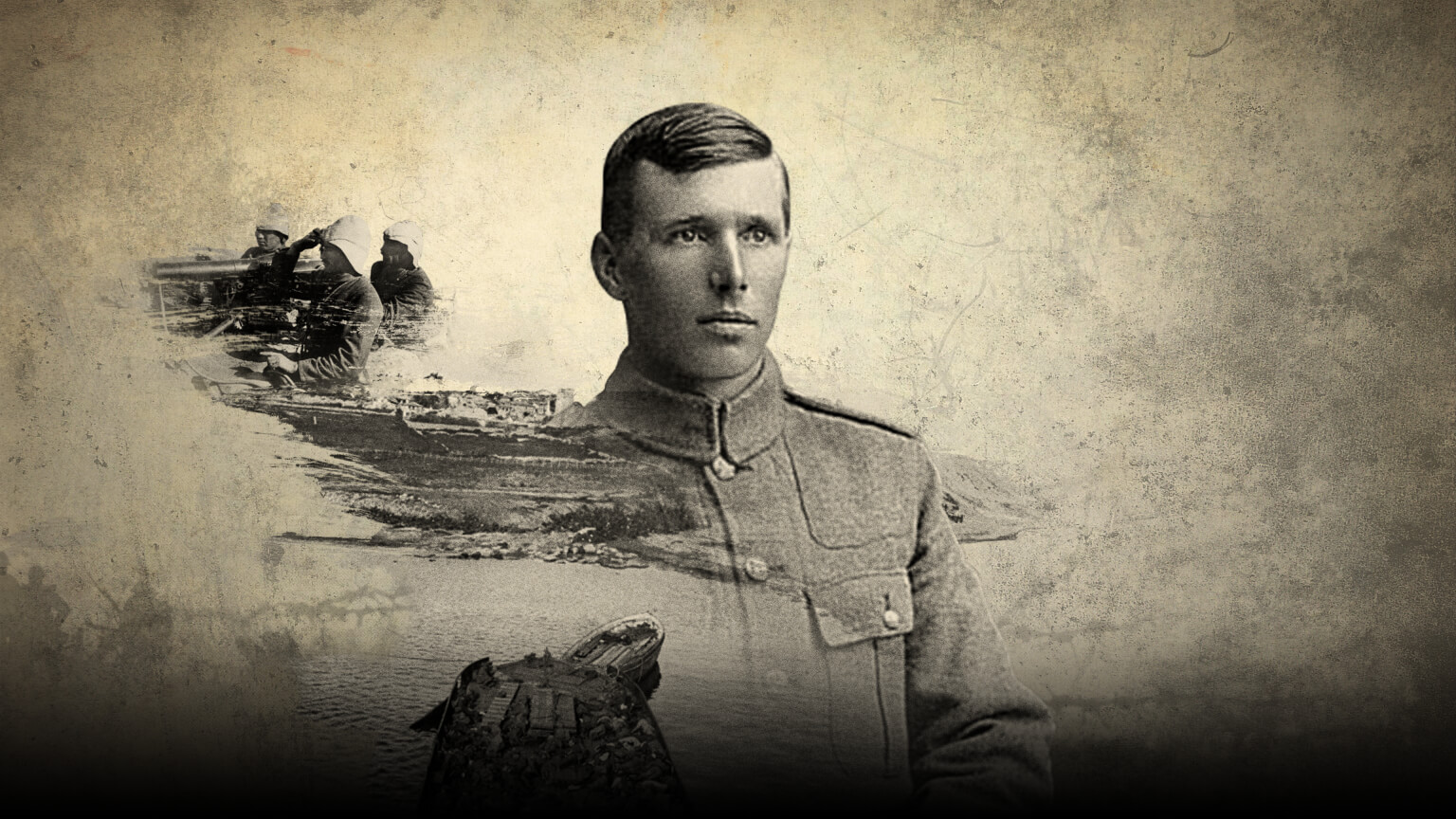 Experience Baptism by Fire with Charles

“There's land in sight; I think it's the Turkish coastline. We'll disembark at night. Damn! They're already firing at us. The soldiers of the Sultan don't seem too pleased to see us. Well, they'll just have to get used to it. Newfoundlanders are not sissies. I'm telling you: we're here to stay and we'll bring them down.”

Learn more about
the Turkish Welcome

The Newfoundland Regiment got its “baptism by fire” when it landed in Turkey, which was under the reign of the Ottoman Empire. Because the Turks had aligned themselves with the Germans, the Allies created a new front along the Gallipoli peninsula (25 April, 1915). The French, Brits, Australians and New Zealanders (ANZAC) had settled into trench warfare for the last 5 months when the Newfoundlanders arrived to give them a hand. But the moment they disembarked from the ship at 3 o'clock in the morning, on September 19, 1915, they were pummeled with shell fire.

“During the day, I hide at the bottom of the trench, looking for a shadowy spot to keep me out of the blazing sun. But no matter where I try to hide away, those nasty flies always find me. The netting I have saves me! I'm terribly thirsty but each time I take a sip, dozens of those damned flies rush into my mouth. The beer, the water, the whiskey, …. Everything tastes like flies. And sure if that wasn't bad enough, my stomach has started acting up again.”

Learn more about
Life in the Trenches

Life in the Trenches

In Gallipoli, the biggest danger for the soldiers wasn't the Turkish army, but the unsanitary living conditions and lack of drinking water. Thousands of flies fed off the dead bodies which were piling up in No Man's Land. Flies contaminated the soldiers' food, causing serious illnesses among the troops. More than half the men contracted diarrhea, dysentery and other intestinal diseases. Some even died as a result.

“Every day is a battle, but not against the enemy… against the Jesus lice that are eating us alive. We scratch a hundred, a thousand times a day! We manage to burn them with a candle, but 12 hours later, they're back with a vengeance. The other day, my shirt moved on its own! It was completely infested. I can't take it any longer. Those lice are driving me mad!”

Lice were one of the biggest enemies in the trenches. Lack of water made cleanliness difficult and before long, the men were covered with enormous lice. It wasn't uncommon to see men sitting naked, trying to pick the lice out of their uniforms. It helped to soak the uniforms in seawater, but it wasn't always possible and, besides, it was only a temporary solution.

“Oh my God! We're freezing here tonight. That Jesus storm yesterday evening was terrifying. Thunder, lightening and sheets of rain. Sure the bottom of the trenches turned into rivers. Our lieutenant said he saw Turks floating away. Their mules, as well. It was a narrow escape. We lost our blankets, equipment and all our frigging provisions but we made it through alive.”

Learn more about
A violent storm

On the evening of November 26, 1915, a violent storm hit Gallipoli. Everything was destroyed or swept away. The trenches were completely flooded and anyone who wasn't evacuated most probably drowned or was frozen when the temperature went below zero the two following nights. The Newfoundlanders, used to the cold, fared better than the other regiments, but still 150 of them got bad cases of frostbite. Sickness and cold were the worst enemies of the troops, causing 15 deaths and bringing down more than 500 men.