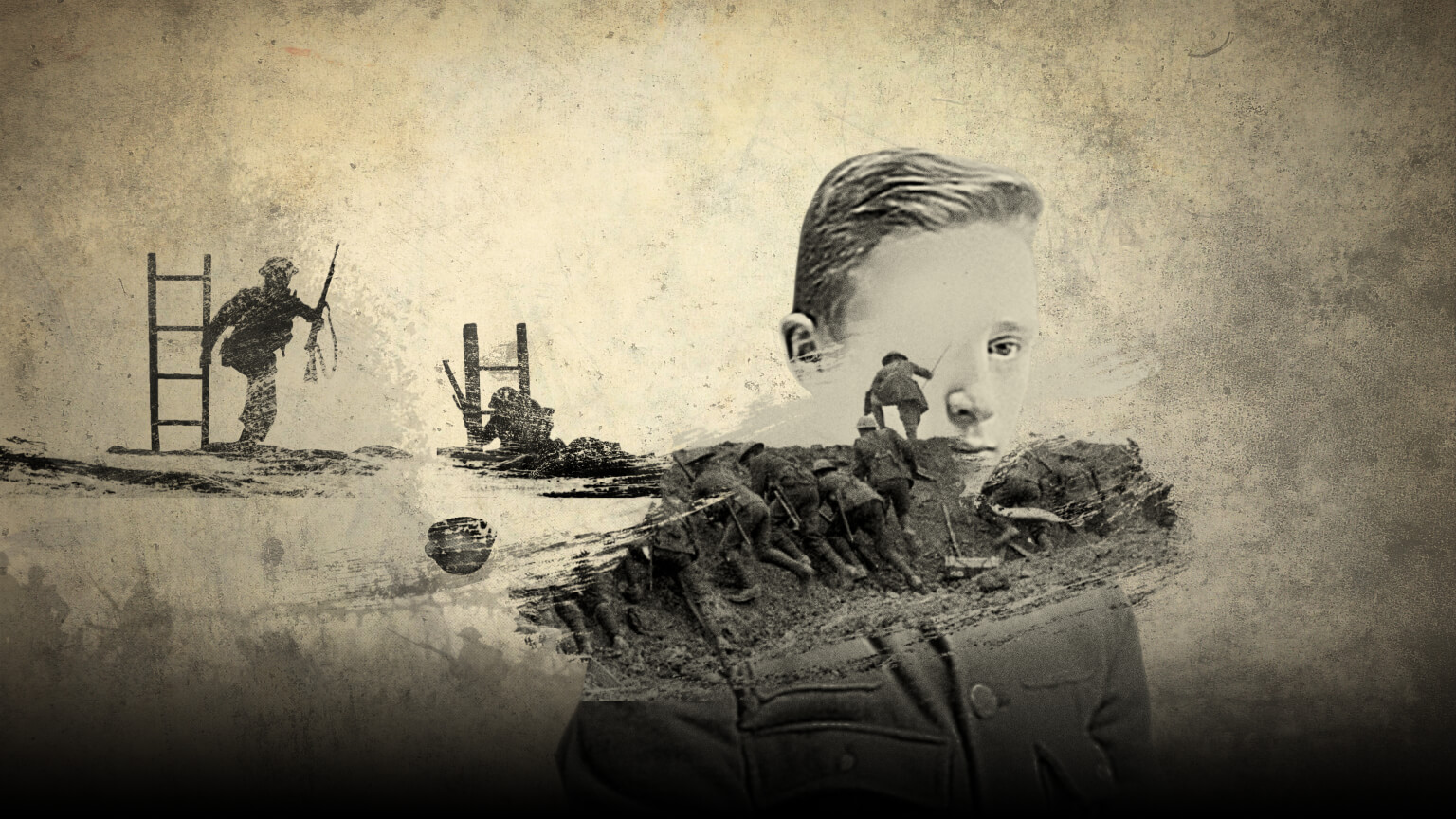 Walk into a blizzard of bullets with Edward

“Let's rum up and take a deep breath. We're going over the top! It's my turn to climb the ladder. I'm out of the trench. I advance... feel my heart thumping in my head... Walk slowly as the General ordered... Stay in formation... My rifle is shaking in my hands. Christ! The Captain has gone under.”

Orders from the military headquarters were clear: continue the attack. The Newfoundland Regiment, stationed in the support trench, had to cross over 200 meters of open ground before even reaching No Man's Land, because the communication trenches were blocked with the wounded getting first aid from the previous attack. The Essex Regiment was waiting for the communication trenches to be cleared of bodies before they moved forward, so the Newfoundlanders went alone over the top. On July 1st, 1916, 800 Newfoundland soldiers and 22 officers took part in the Battle of Beaumont-Hamel, part of the large Somme Offensive.

Back to the map

“Those damned Boches are still firing at us. Weren't they supposed to be dead? Christ! Our 2nd lieutenant is buzzed. There's a taste of blood in my mouth… and it's not mine. I'll tuck my chin in my collar and pretend I'm marching into a snowstorm. I'm not hearing anything, not explosions, not machine gun fire, nothing.”

Learn more about
Blizzard of Bullets

The British Commanders were so convinced there wasn't a German still alive in the enemy trenches, that they ordered the soldiers to walk in formation at a steady pace and without charging. Unfortunately, they were met by a storm of machine gun fire. Major Arthur Raley from St. John's was at Beaumont-Hamel. After the war, he wrote: “They all instinctively tucked their chins into an advanced shoulder as they had so often done when fighting their way home against a blizzard in some little outport in far off Newfoundland.”

“Bodies everywhere… Hanging on the barbed wire… I have to keep moving… through the bullets and the smoke. Argh…! Pain… I think I'm hit. There's no one left but Tom and me from our platoon. Just keep moving toward that hole in the barbed wire… almost there… just one more push… Everything is going black…”

Learn more about
The Danger Tree

Located in No Man's Land, between the German and British front lines, a tree marked a gap in the barbed wire, where the British troops could be funneled in. This tree was later named The Danger Tree. The first day of the Battle of the Somme was a disaster for the British troops: close to 58,000 losses, with more than 19,000 killed or missing in action. The Germans fared better but still lost close to 12,000 men.

Marjorie
Tend the wounded at the front

Thomas
Crawl in the battlefield