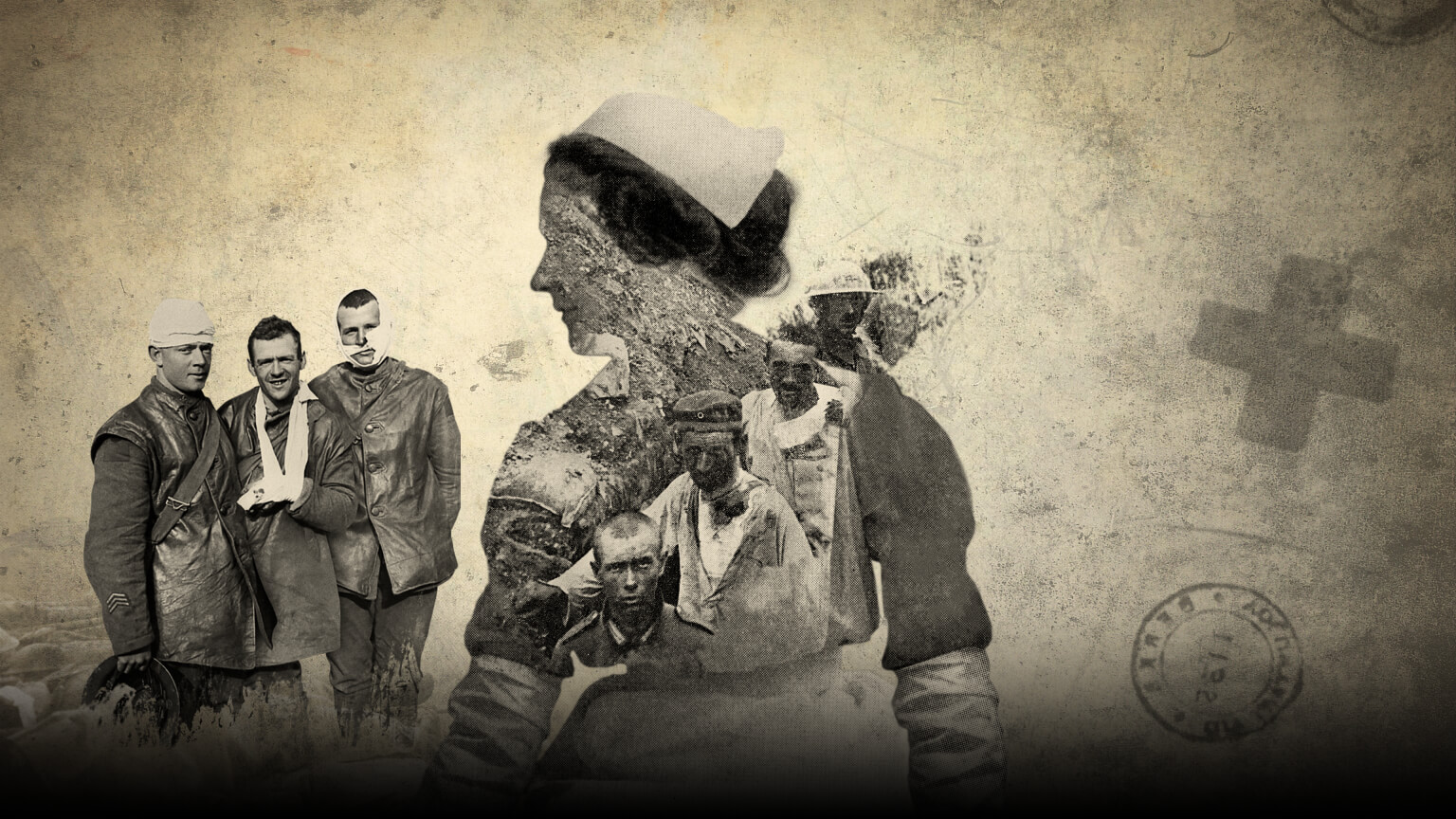 Follow Marjorie, a VAD in a hospital near the front lines

“Here at the hospital, it's no small feat to do our jobs. We're missing almost everything and there's so much to do… The wounded keep arriving… It's hard to know where to turn your attention. These poor boys! They're in such a sorry state. I have to keep going, even though I'm worn out. Part of me just wants to walk away. God help me.”

At the beginning of the war, Newfoundland women who signed up for the VAD were mostly wealthy women who worked for no pay and were sent to comfortable and safe posts. However, from 1915, VAD care workers received an annual salary of 20 English pounds and were sent to more dangerous zones. Canada also recruited VADs : 2,000 by the end of 1917, at least 500 of whom were sent overseas.

“This afternoon we got to attend a concert. Some of the women I work with were in it. Dorothy sang and we all listened to her magnificent voice. After it was over, the boys played cricket in the garden. It was almost like an ordinary day at home. The “Matron” – that's what we call her – congratulated me on the good work I've done since I arrived. She said I would be sent closer to the front lines very soon.”

Learn more about
concerts and entertainment

At the beginning of the war, most of the entertainment was provided by the staff and patients – performances by anyone who could sing, play an instrument or tell a story. After the Battle of the Somme in July 1916, military officials wanted to encourage concerts and shows for the soldiers and put certain troops in charge of entertainment. The Dumbells, a Canadian group, was one of the most popular acts overseas.

“Death is everywhere on the front. It's like a vulture. I can never escape it. We just lost another soldier. That's the 8th one today. I‘ll never get used to this war, this killing. Men were not born to be cannon fodder. Who would have thought I'd have the courage to do all this: I washed his body, I wrote his last letter, I held his hand until he passed away… Poor Jenna. She will never get to see her sweet Edward again – they were such a beautiful couple.”

Learn more about
working as a VAD

Working as a VAD

VAD caretakers had a number of responsibilities: cleaning wards, making beds, preparing meals, bathing the wounded and washing their dressings, sterilizing bandages and medical equipment. They also helped keep up morale of the patients by reading letters from home and writing back messages, sitting by their side during their last moments and preparing their bodies for burial.

Working as a VAD

Back to the map